We invite you to “visit” one of our core courses, “Politics of Europe and the EU” to experience the annual EU Simulation and learn more about what it means to be a part of our learning community. Enjoy the short video and check out descriptions of the core courses below! 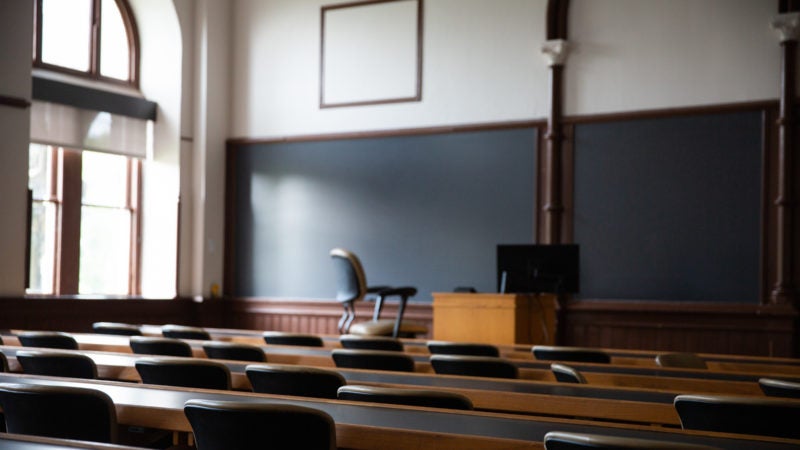 Students must complete five core courses in their first year of study and a sixth course, the MAGES seminar, in their final semester.

The course is designed to familiarize students with the major concepts, thinkers, and debates concerning European cultural identity formation. It examines the historical emergence of national identity alongside modern mass-produced print culture. It investigates the central role of built, interactive environments—memorials and museums—for the societal commitment to learn from Europe’s colonial, fascist, and communist past. And it explores the function of visual media to bring the denizens of a cosmopolitan Europe closer to each other—but also create new divisions between natives and newcomers. Each of the three units introduces theoretical controversies concerning cultural identity formation, as well as methods of textual, spatial, and visual analysis that will make them more astute interpreters of cultural texts, artifacts, and sites relevant to European community. The course aims to foster a self-reflective stance on transatlantic cultural differences and commonalities and encourages students to integrate cultural analysis into their individual areas of concentration. In addition, students will have the opportunity to practice humanities-specific genres of academic writing and oral presentation, and conduct independent and collaborative research.

This is the foundational history course for graduate students in the Master of Arts in German and European Studies Program. Its aims are twofold: firstly, it seeks to introduce students to some of the different ways in which historical actors have conceptualized “Europe” over the past two centuries. We will pay close attention to the manifold—and often competing—ways in which leaders sought to order Europe at different points in time. Secondly, the course models how students interested in European affairs can use historical analysis to understand issues in the present. Weeks marked “History of Now” uncover the historical roots of contemporary problems and showcase how historians can help us to make sense of the present. We hope that both components of the course will foster your intellectual curiosity about the nature of history as an academic discipline and encourage you to integrate historical analysis into your individual areas of concentration.

Europe has long played a critical role in International Relations scholarship. As the birthplace of the Westphalian state system and the European Union, it is home to the most traditional and radical concepts in international affairs. Europe has now entered a new era marked by the end of the Cold War, the collapse of the Soviet and Russian empires, and the reunification of Germany. This course focuses on continuity and change in European international relations: on how European states have structured their relations with each other and the world through time.

The course begins with an overview of the kinds of questions that are of interest to those who theorize about international relations: What motivates state action? How have evolving notions of sovereignty and nationhood changed international interactions? Subsequently, the course presents several historical case studies including traditional European alliance systems and the Cold War in order to apply the theoretical discussion. Finally, we examine the characteristics of the European order that has emerged over the past two decades: the tensions between integration and fragmentation and the role of regional integration in contemporary international relations debates including international trade, market regulation, and security. At the completion of the course you should be an informed consumer of international relations theory, have a grounded understanding of social science methodology and be prepared to connect these theories and methods to current events transpiring in Europe today.

The European Economy proceeds on a variety of levels, ranging from labor markets to foreign direct investment, trade, institutional harmonization, fiscal policy coordination and monetary union. This course concentrates on a subset of these developments: The integration of the goods market (trade) and of factor markets (foreign direct investment and labor mobility). The course follows a dual strategy, beginning with an examination of theoretical issues arising in each of the aforementioned areas, such as the determinants of trade patterns, the income distribution consequences of opening trade, the motives for capital and labor mobility, etc. These concepts are then applied specifically to the case of Europe, including the relevant economic history, the current institutional framework, the observed effects of liberalization on trade and income patterns and the remaining obstacles.

GEST-590: Politics in Europe and the European Union

This course examines the European Union from a variety of disciplinary perspectives – political science, history, and cultural studies. It is divided into three parts. The first part addresses the history of postwar European integration in its political, social, and cultural dimensions. The course then moves on to a detailed examination of the contemporary politics of the EU – its institutional architecture, party politics, contested legitimacy, and ambiguous identity. The final part of the course explores an array of policy challenges now facing Europe, including the introduction of monetary union, the coordination of social and cultural policy, the development of a common foreign and security policy, and expansion to the East.

The MAGES Seminar is the capstone course of the program. The goals of the class are: